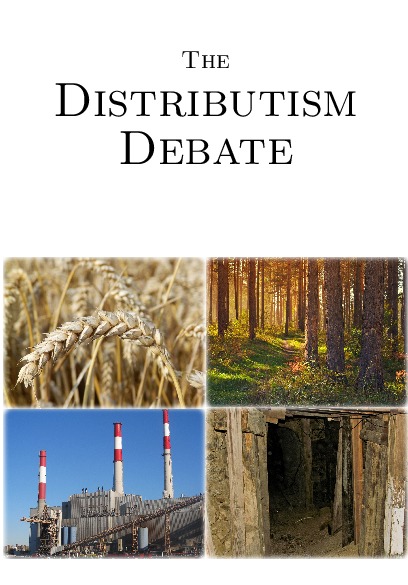 A chronicle of a debate about distributism, rather than a justification or critique of it in itself. In the early years of this century, an informal debate was sparked on the Internet by an article written by John Clark in Latin Mass Magazine attacking distributism, a system of economics intended to conform to the social teachings of the Church. This debate, spanning multiple venues and many authors, has been reproduced in this single work with the sole exception of the original article. Also included is a list of references for the original articles, along with two lengthier pieces justifying the two positions. An educational read for anyone interested in Catholic social teaching, even those who already have a strong opinion on the subject. 157 pp., English. Purchase in Print | PDF (free) | HTML (free). Version 3.0, 26 September 11EE.