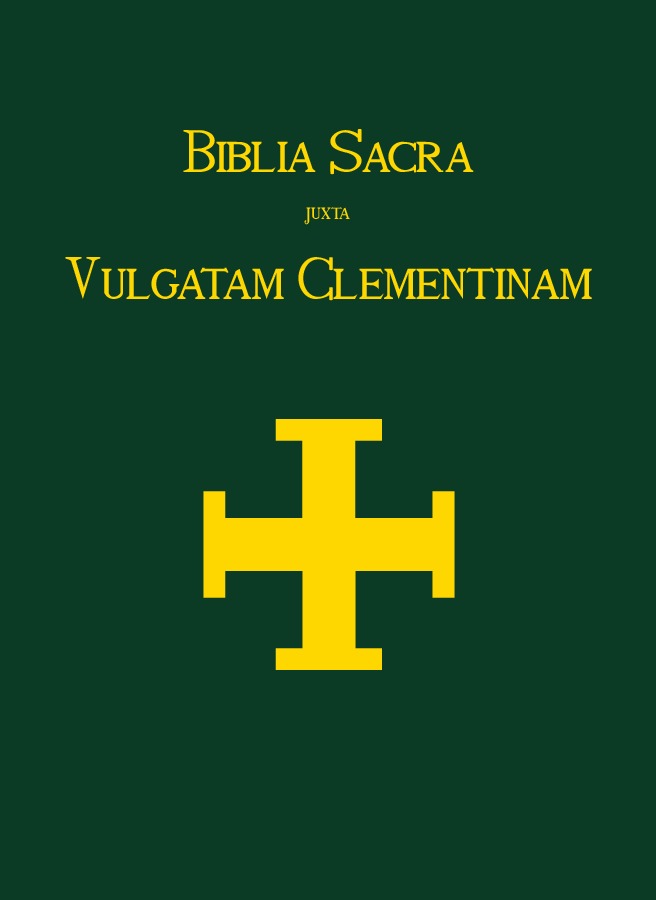 This is the definitive edition of the Latin Vulgate Bible, the complete text of the Clementine version, that used in the Breviary and Missal (with minor interruption) until the advent of the Novus Ordo. Published in London in 2005, it bears the Imprimatur of the Bishops' Conference of England and Wales, and was produced by the The Clementine text project. This text was generously released into the public domain by its editor, and has been typeset from the plain text version completely new. It also includes, unlike Tweedale's text, the Apocrypha traditionally included in Vulgate texts. Rigorously reviewed, this is the best electronic text of the Vulgate available. 479 pp., Latin. Purchase in Print | PDF (free) | HTML (free).