The War Poetry of Siegfried Sassoon 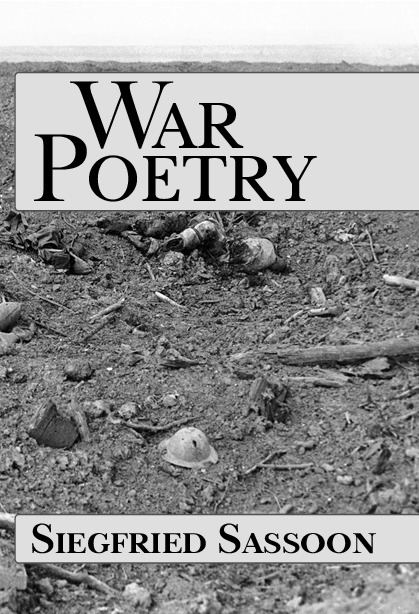 The First World War gave rise to a large body of deeply poignant poets; but few can claim the moving profundity of Siegfried Sassoon. The son of the disinherited scion of a wealthy Jewish family, Alfred Sassoon, and an Anglican, Theresa Thornycroft, Sassoon had enough independent wealth that before the war he mostly played cricket and wrote traditional, nature-focused, Romantic-style verse. Upon enlistment, however, and his lengthy stints on the Western front, his poetry rapidly became dark, tormented verse, contemplating the nightmare of the trenches, staring down the barrels of guns and the glinting points of bayonets---and driving them into enemies, as well. Haunted by the war his whole life, Sassoon found peace and solace only in his later years, upon conversion to the Catholic religion; but his poetry of the war years, his most powerful and affective work, should be mandatory reading for those who have the public trust, and is profitable for the rest of us, as well. 65pp., index of first lines. Purchase in Print | PDF (free)