The Condemnation of Pope Honorius 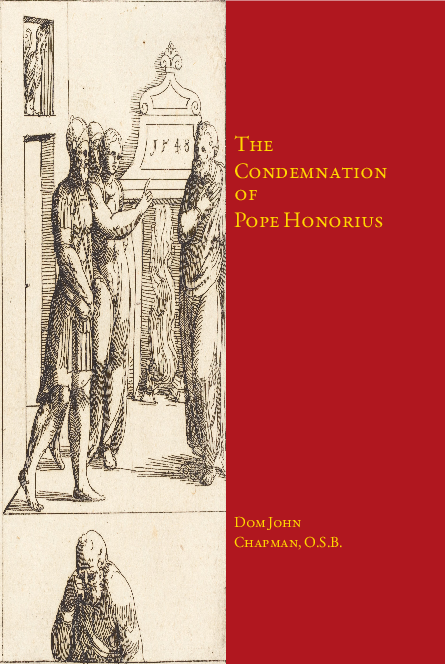 Can a pope be a heretic? In an age when for decades Catholics have frequently been maligned as “more Catholic than the pope” anytime they allege even the slightest mistake on the part of the Supreme Pontiff, this an important question—and one that history and the Church herself have definitively answered for us.

“How was it possible to assert [papal infallibility], and yet in the same breath to condemn Pope Honorius as a heretic? The answer is surely plain enough. Honorius was fallible, was wrong, was a heretic, precisely because he did not, as he should have done, declare authoritatively the Petrine tradition of the Roman Church.”

Fr. Chapman expertly explores the primary sources on Pope Honorius and the heresy that he publicly taught and encouraged; shows that not only he, but the Church herself, have definitively declared that Pope Honorius was in fact a heretic who must be condemned, and in the process proves the historical acceptance of papal infallibility, as well. A masterful work of history helpful to any Catholic who loves the papacy and the Church.